Have you ever wondered why a film looks, sounds, makes you feel the way it does?

Directing, cinematography, costume design, acting – The Craft of Film at the Barbican invited some of Europe’s leading practitioners to help us celebrate and explore film’s unique crafts with a series of screenings and ScreenTalks. Among those taking part were award-winning Romanian actor Anamaria Marinca (4 Months, 3 Weeks and 2 Days), who joined us for a ScreenTalk, Portugal’s leading Director Pedro Costa, while the acclaimed German cinematographer Fred Kelemen ran a masterclass, alongside a ScreenTalk following Béla Tarr’s film The Turin Horse.

You can now listen to all the podcasts from this extraordinary series on the Barbican website to get inspired by some of Europe’s leading talents in cinema.

In partnership with the Goethe Institute and EUNIC London, in association with London Film School. 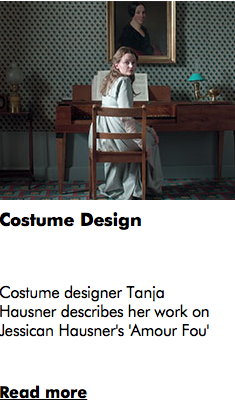