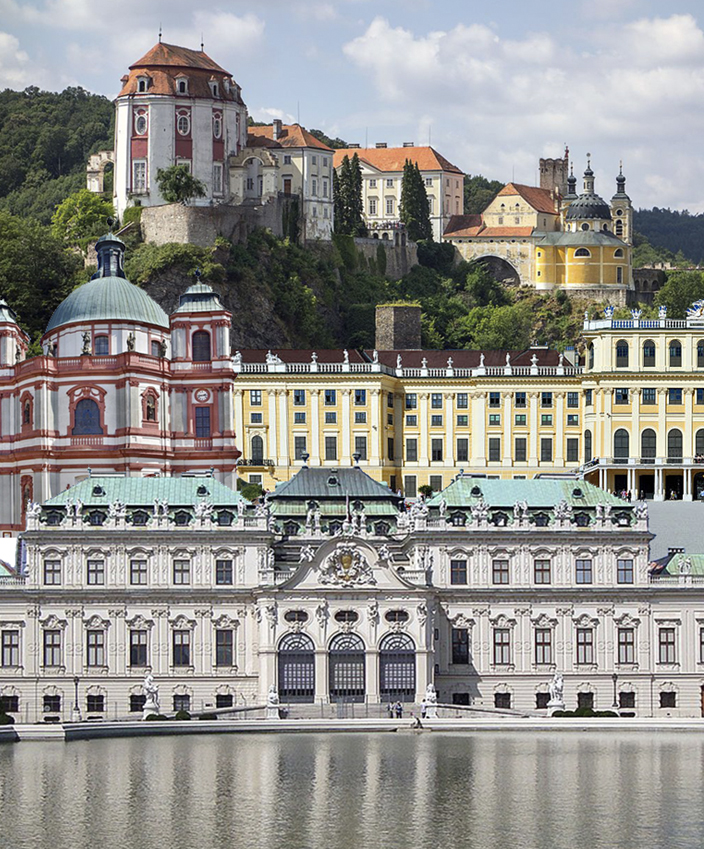 Following the deadly scourge of plague in 1679 and the relief of the Turkish Siege in 1683 the Viennese, with improved security, embarked on a great building programme which would provide visible proof of triumphant Catholicism and the Imperial Ideal. Two important Central European architects emerged at this time, Johann Bernard Fischer von Erlach and Johann Lukas von Hildebrandt whose designs for churches and palaces commissioned by the nobility of Bohemia, Moravia and Vienna have left their mark as we see today.

After graduating from the Courtauld Institute, Caroline Cannon-Brookes taught at Leeds University and was a NADFAS lecturer for many year. She currently teaches for the Oxford University Department for Continuing Education and contributes reviews to the British Society for Eighteenth-Century Studies. Co-author with her husband of ‘Baroque Churches’, she has a special interest in Central Europe and has led many tours to the Czech Republic.