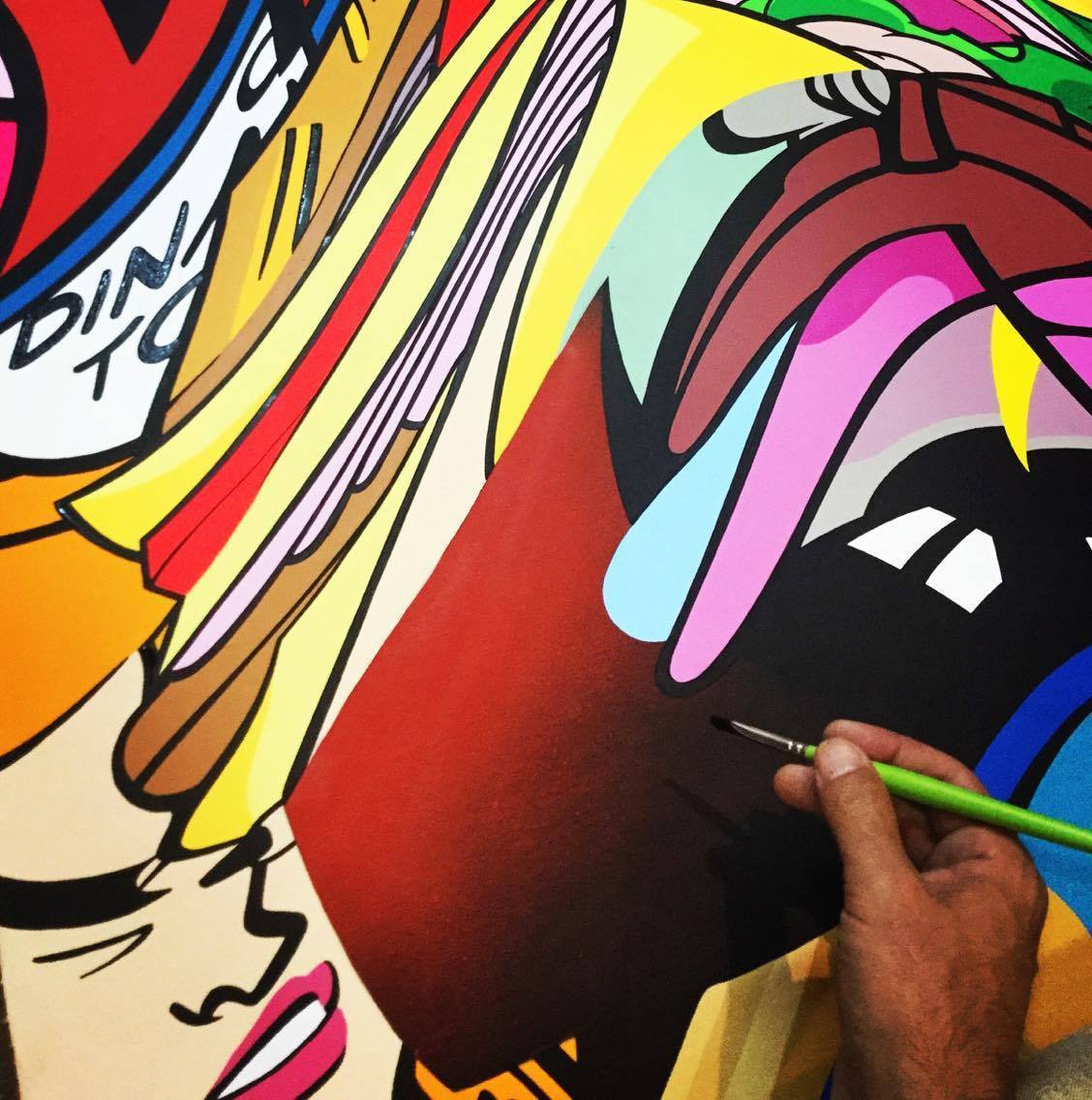 “Distortions” is an international collective art exhibition is aimed at showcasing how “top graffiti writers” from London, Madrid, New York, Paris and other territories approach the exhibition world by distorting their original graffiti art. The illegal nature of the latter, as well as its culture and history, are often distorted in order to gain recognition in galleries. As for the end product, it is more accessible to the public, but at the same time harder to define, due to the distortion.

Spanish Graffiti writers “Core 246”, “Jank”,  “Kero” and “Fasim” are taking part in this showcase.  “Core 246” is originally from Toledo but lives in London, “Jank” lives in Santander, his hometown and “Kero” comes from Santurtzi (Vasque Country) and started as a professional graffiti writer in 2003 after making a big size wall paint for the City Council. “Fasim” was born in Barcelona in 1972 and he has been a pioneer urban artist in Spain, he currently lives in Valencia and his works have visited galleries, walls, museums in Bilbao, Barcelona, Seville, Porto, Granada, Madrid, Perpignan, Berlin, London, Sarajeva, Naples, Milan, Switzerland and New York.

Also madrileneans BRK 192 and DONA, LA GINJOL from Barcelona, and from Santander SOCK 7 and JAY KAES who is also the the curator of this exhibition.

The exhibition will run until 30th July.

Organised by the Spanish Embassy in London

Nina Schuiki: Tomorrow I Will Stick My Heart In My Head