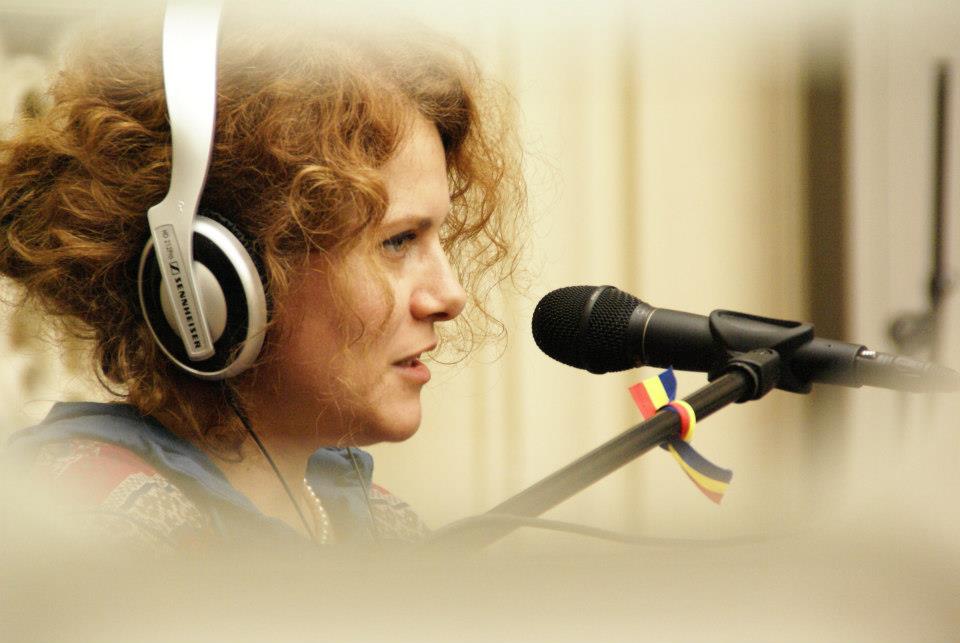 The most distinctive Romanian jazz voice, Maria Răducanu brings a free spirit to some of the most moving songs from around the world. A self-taught ethno jazz singer Maria Răducanu makes music that is deeply emotional and universally touching. Noted for her impressive vocal range, as well as for her delightful guitar melodies, Răducanu has been compared to the legendary singer Maria Tănase and she is considered a leading light in new Romanian jazz.

“one of the most distinctive voices in the world… pure, deeply emotional and goes straight to the heart.” John Zorn – American composer and producer

Her multicultural quintet consists of top-tier musicians with whom she performs in Romania as well as across Europe. With German pianist Nik Meinhold, Swedish guitarist Krister Jonsson, American bassist Chris Dahlgren, and German drummer Michael Griener, Răducanu makes Fado, Balkan folk music, cradle songs, Russian romance, jazz classics, tangos, and bossa nova flow seamlessly into one another. The result is an extraordinary feast for the ears, which is sure to make a lasting impression.

A rebel soul, she grew up listening to Billie Holiday, Betty Carter and Nat King Cole, wishing that someday she would sing Coltrane’s compositions with Keith Jarrett’s imagination and expressiveness. She is an artist hard to categorize, and enjoys provoking the public to sincerity and openness. Offering an inspiring mix of songs and soulful exaltation, Maria cuts a compelling figure among today’s Romanian singers.