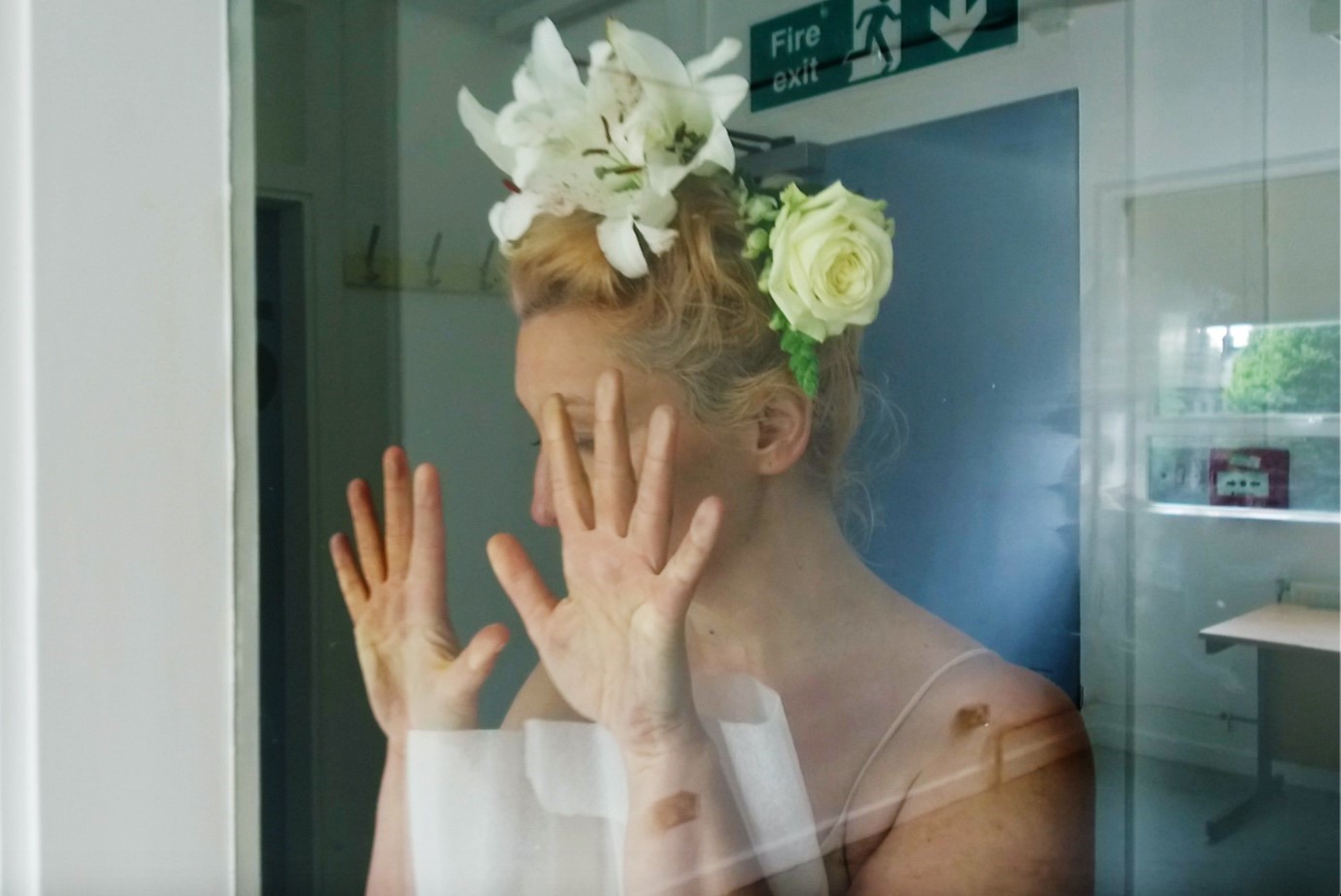 Meet the fictional character of Ophelia who has been in quarantine for an indefinite period of time… Ophelia in Exile is a multi-media art installation exploring the importance of all our senses in giving meaning to our human experience. Its concept is inspired by the current pandemic and its impact on how we engage with others. The exhibition is one of the manifestations of an ongoing collaborative project called Tangible Territory journal, conceived by artist Tereza Stehlíková, and her multi-disciplinary team of TT collaborators from the world of arts, philosophy and science.

“We are not creatures that see, hear, touch, smell and taste as separate and isolated sensations. Our sensory systems integrate experiences of our existential encounter with the world. The human reality is not visual or auditive, it is essentially multi-sensory, and this sensory integration provides the veracity of the real, the truth and the magic of the world.” Professor Juhani Pallasmaa, architect (from Tangible Territory Journal’s upcoming issue n.3)

The exhibition by Czech artist Tereza Stehlíková explores the fictional character of Ophelia, who has been quarantined in her home for an indefinite period of time. Ophelia has been exiled from the outside world: from contact with people, from nature, from a full human experience. Instead, she encounters the world through windows of monitors, engaged in Zoom calls or simply browsing Instagram, searching for images of the natural world which she longs to touch, smell. After many months of her strange sterile existence Ophelia is starting to feel two dimensional, like the version of herself inside a computer monitor.

Ophelia is a kind of avatar who stands in for each of us, as we appear on the other side of the screen, when we communicate on video calls, or us isolated in our homes, perhaps deprived of smell by the virus. The Covid pandemic has accelerated the existing move towards a virtualisation of our experience and over prioritisation of the audio-visual senses. The computer/phone screen has become a modern-day shrine, our most favoured window, a portal into other realities, representation of the world that is out of reach, as well as a mirror reflecting to us our own image. In this new world, we are all little bit like Ophelia, deprived of touch, disconnected, only virtually present. How can this strange state of being be explored creatively? Questioned philosophically? Examined scientifically?

The exhibition is directly connected to Tangible Territory journal which Stehlíková conceived during a lockdown in 2020 https://tangibleterritory.art/. This cross-disciplinary journal is focused on “how we make sense with all our senses”, the role of embodiment and multi-sensory perception in aesthetics, and the interplay between the “real world” of our proximity senses and the screen world of audio-visual re-presentation. (The third issue of TT journal is being launched in connection with the exhibition’s opening.)

The exhibition invites visitors to enter Ophelia’s living room, to witness some of her everyday reality through all their senses, including touch and smell. What you will find is a strange hybrid space, where domestic environment, technology and nature intertwine or even compete for attention. You will catch glimpses of Ophelia on monitors, as she moves through strange interiors, trying to feel and make sense. You will find traces of her presence in the objects she left behind: empty cups, a mirror, a necklace, a letter from a distant friend, her own unique perfume…You may also overhear fragments of Zoom conversations, voices of scientists and philosophers speculating on how and why Ophelia might be feeling what she does.

Tereza Stehlikova is a Czech-born artist who works across media, primarily in video and performance. She has just become the head of visual arts department at the University of Creative Communication in Prague. Stehlikova holds a PhD from the Royal College of Art, where she researched tactile language of cinema and is currently engaged in a cross-disciplinary research, investigating how moving image can be used to communicate embodied experience as well as questioning the role of the senses in aesthetic experience.
She is a founder of Sensory Sites, an international collective based in London, generating collaborative exhibitions, installations and research projects that explore multi-sensory perception and bodily experience. Stehlikova’s work has been shown at a variety of film and art festivals around the world.
More about Stehlikova’s work at https://cinestheticfeasts.com/