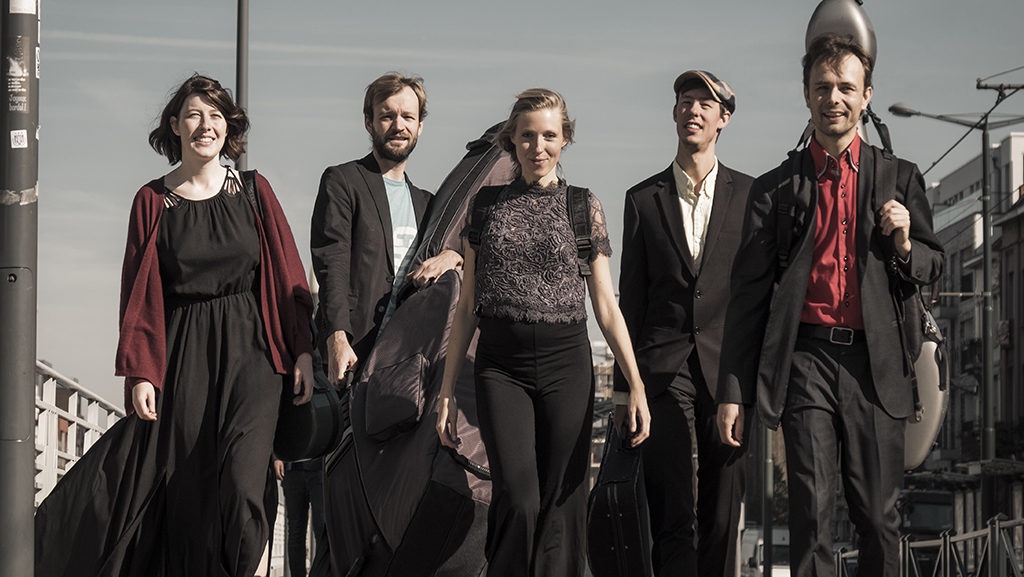 Two violins (Liesbeth Baelus and Kaja Nowak), viola (Diede Verpoest), cello (Wouter Vercruysse) and double bass (Bram Decroix) is an unconventional setting and thus a very versatile repertoire. Next to well known and loved pieces like the Dvorak quintet, the SGQ performs many rarely heard works from composers such as Janacek, Onslow, Bliss, F.S.Kelly, and more; has premiered and performed works of contemporary Belgian composers; has collaborated with other musicians, among them the world-renowned guitarist Roberto Aussel; co-created a music-theatre performance, and even presented their own arrangements of songs by The Beatles and Queen.

The quintet has toured extensively throughout Flanders and performed in festivals and venues such as Midis/Minimes (Brussels), Iedereen Klassiek (Concertgebouw Bruges), Klarafestival and AMUZ (Antwerp). Abroad the St. George Quintet performed during the Grachtenfestival in Amsterdam, the Lake District Summer Music Festival (UK), the Festival of Zeeuwsch-Vlaanderen (NL) and gave a commemorative concert in London organized by the General Representation of the Government of Flanders in the UK.