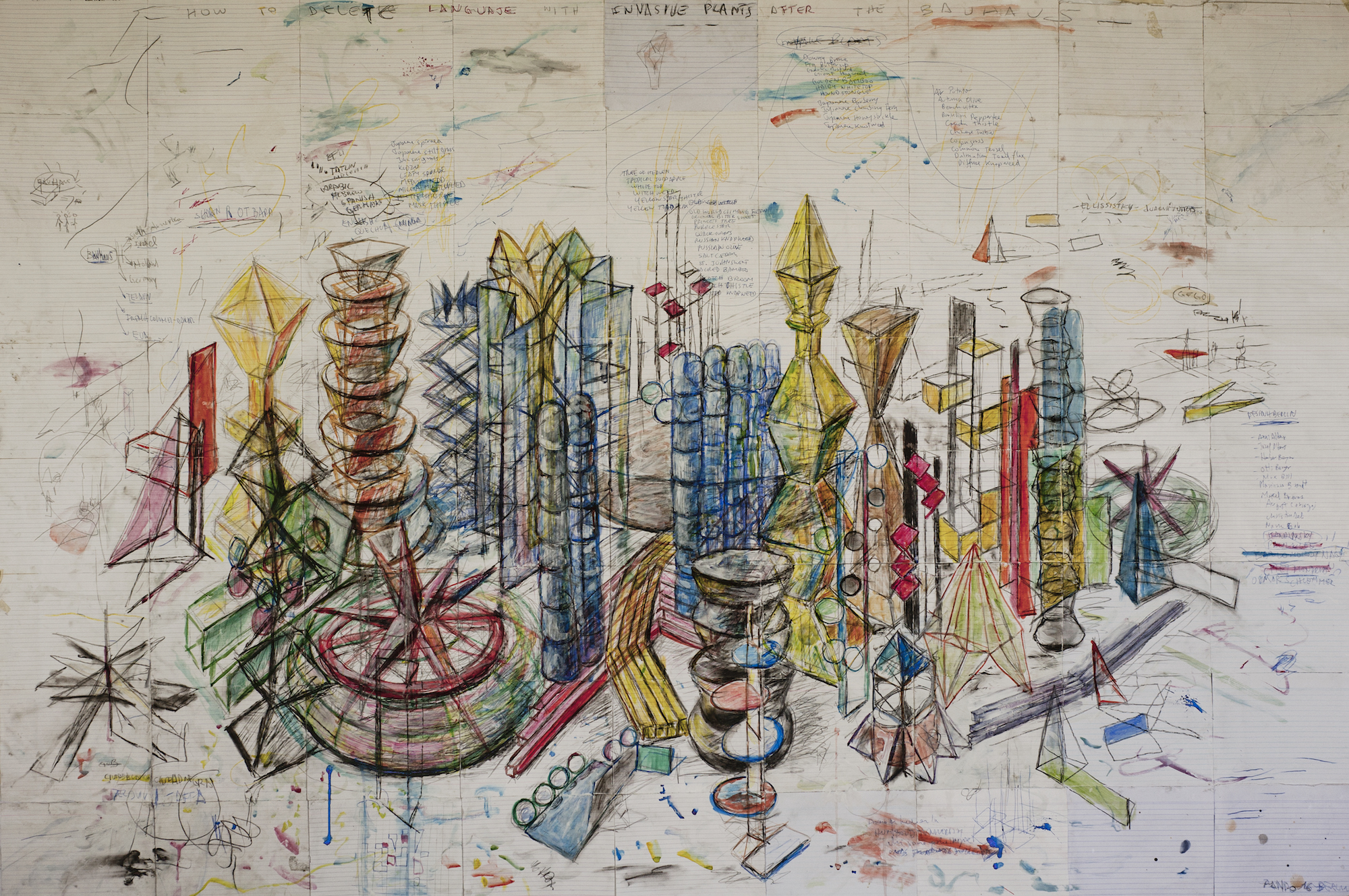 Languitecture is a fascinating new exhibition exploring the Construction and Deconstruction of language through visual arts, music, poetry and more.

Seven artists, musicians, writers and software developers have delved into the interconnections of their mother-tongues: Spanish, Arabic, English and German.

Languitecture is inspired by anthropology, philology and linguistics, aiming to naturally connect to a broad audience because communication and reinvention of culture is a prevailing and current issue. Built on the notion of art as a language of images and rhythms, the authors are driven by the curiosity to witness an accelerated evolving layering of languages, cultures and media develop into space. From sculptures, sound installations, dance, visual art and more, the exhibition seeks to experiment on how different cultures might battle, influence, connect or align using a fundamental and universal element of culture: language.

Languitecture is funded by Arts Council England, Arab Fund for Arts and Culture AFAC and P21 Gallery, and is supported by several cultural institutions including the British Library, the Cervantes Institute in London, the Embassy of the Netherlands in London, the Arab British Center, the European Union National Institutes for Culture, and the Goethe Institute.

Languitecture is taking part in: International Translation Day held at the British Library on 30th September 2016 European Day of Languages organised by the Council of Europe on 26th September