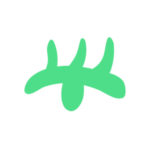 In 2018, 2019 and 2020, the UN’s World Happiness Report ranked Finland the world’s happiest country. What is it about Finland that makes the country so successful and seemingly such a great place to live?

In their new book Finntopia, Danny Dorling and Annika Koljonen explore what we might learn from Finnish success. The world’s happiest country was also the subject of a recent project by Brighton-based photography collective MAP6. Nine photographers visited Finland focusing on themes around happiness.

The Finnish Institute and Embassy of Finland in London invited Dorling and MAP6 photographers Rich Cutler and Paul Walsh to discuss their findings on Finnish happiness. The London correspondent of Helsingin Sanomat, Annamari Sipilä will comment from the perspective of a UK-based Finn. The discussion will be moderated by Press Counsellor Heli Suominen from the Embassy of Finland in London.

Finntopia is available from all good booksellers. You can order it directly from the publisher here and save £5 by entering the code CONF.

Danny Dorling is Halford Mackinder Professor of Geography at the University of Oxford. He is interested in societal trends and works on issues of equality, employment, education, housing, and health.

Rich Cutler is a photographic artist fascinated by time and symbolism, and fractures and commonalities between the historical and the present, and tensions between the sciences and the arts. What draws him to science lies also at the heart of his fascination with art: their common drive to explore and understand ourselves and the world.

Paul Walsh is a British photographer based in the south east of England. His personal work explores the relationship between walking and photography where he creates projects drawn from the physical, psychological and historical experience of walking. Paul is a founding member of the photography collective MAP6.

The award-winning journalist and columnist Annamari Sipilä is the long-time London correspondent of Helsingin Sanomat, the biggest newspaper in Finland. Formerly based in Helsingin Sanomat’s Brussels and Helsinki offices Annamari has reported widely on European Union, the United Kingdom, business, and economics.

Present is a series of Zoom discussions by The Finnish Institute. The conversations are documented by business illustrator Virpi Oinonen.