Would you play with a pet robot? Could a robot talk to you and share your feelings? Fancy meeting your robot self face to face?

‘When it comes to building cutting-edge robots, it seems their designers have a tendency to create them in their own likeness.’ CNN

Robotville EU celebrated Europe’s most cutting-edge robotic design and innovation  and explored the cultural significance of robots. Over 9,000 visitors were be able to meet over 20 unique robots, many of which have just come out of European research labs and on show to the British public for the first time. Roboticists, from the UK and Europe, were on hand to demonstrate their work and talk to visitors and help them to interact with the robots.

The festival took place  from 1st to 4th December 2011 at Science Museum. Read more on CNN, BBC Click and Culture 24

The festival was conceived by EUNIC London (European Union National Institutes for Culture), in partnership with the EU Cognitive Systems and Robotics Programme and the European Commission Representation in the UK.

Robot SafariEU at the Science Museum explored the fascinating world of biomimetic robots. Beginning on Wednesday 27th November at Lates and continuing over the weekend, the exhibition the 6,000 visitors the opportunity to trek through the un-natural habitats of these robots inspired by nature, interacting with creatures that swim, flap, and crawl, in a unique safari experience.

Suitable for all ages, this free, three day festival featured 13 biomimetic robots from across Europe, with many on display for the first time. Inspired by nature, this robotic safari includes an underwater turtle robot, a robotic cheetah-cub, a shoal of luminous robotic fish and the unveiling of Pleurobot, a robotic salamander.

Roboticists from the UK and across Europe were be on hand to demonstrate their robots, helping visitors interact with a shoal of robot fish or stretch the Bat Bot’s wings while exploring the latest developments in biomimetic robotics. Visitors also learned how to programme simple robots and build and race their own robots through a series of interactive workshops.

Robot SafariEU is part of Eurobotics week, and has been produced in partnership with EUNIC London (European Union National Institutes for Culture). 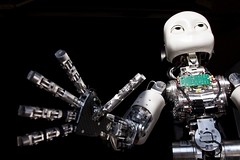 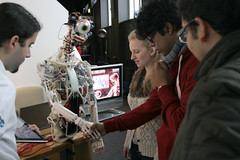 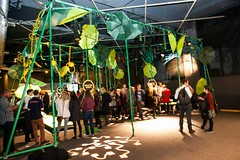 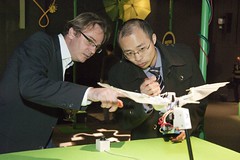 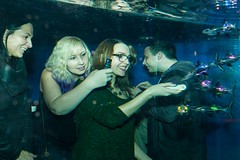 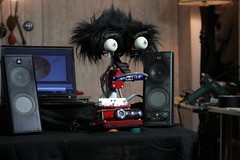 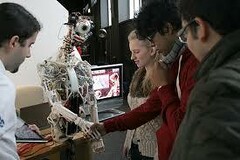 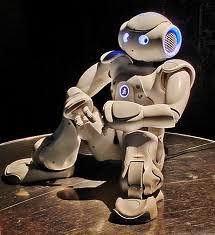