N-Capace is a poetic and personal documentary in which the director, Eleonora Danco, follows, interviews and casts a curious eye at the residents of her seaside hometown, Terracina.The unique film dismisses a conventional structure, perhaps finding greater verisimilitude in its meandering path, as we meet a diverse set of characters along the way, including Danco’s father.

Though the documentary is often whimsical and surreal, it is underpinned by a persistent sense of melancholy and nostalgia, as Danco discusses life’s biggest questions and remembers her late mother, aside from more playful conversations: ‘Miracles are performed by the living, by you helping me to my feet’. The comic moments arise because of Danco’s use of juxtaposition and calmly-paced editing. She extends shots of strange, contrived tableux to unexpected lengths, resulting in Fellini-like moments — her father dons a spacesuit indoors; Danco lets loose with a pickaxe to a public pavement; teenage boys and girls dance in a circle in shorts and bikinis, before discussing love and sex to camera. The film is consistently intriguing as a result.

Many documentaries devote themselves to their subject, often removing the film-maker’s own personality from the final product in a bid to tell a clear, truthful story. This is not the case with N-Capace; it is a story, and a series of images, that only Danco could create, due to its personal setting, close-to-home characters, and a style of direction that could best be described as cinematic expressionism.

This is what the New European Documentary series at Picturehouse Central offers: a window into an individual’s personal experience, or a perspective of a community that would have been unknown to you unless you stepped into a cinema to discover something new. The small pieces of wisdom or naivety that Danco’s interviewees, young and old, offer are universal, but also unique to Terracina and the director herself.
The destructive behaviour of Danco — or the version of herself — on-screen is a manifestation of one’s emotional response to a personal loss. The documentary format allows Danco to convert this reality into art, and perhaps improve reality as a result. 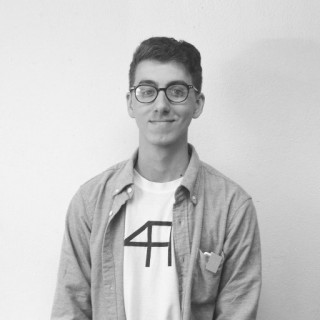 This screening of ‘N-Capace’ was supported by the Italian Cultural Institute.
The New European Documentary series continues with a screening of Spanish film Bugarach on April 27th, the true story of a town believed to be the only place to survive when the apocalypse arrives.Tickets can be found hereFacebook Event: Bugarach
Menu
×