British journalist Henrietta Foster reflects on 10 years of EUNIC London and takes us on a time-travel journey through our projects and our future in a post-Brexit Europe.

When the EUNIC London cluster was created in 2007 it was in a completely different political landscape. The crash of 2008 had not yet happened, cultural budgets were not so tight and Britain was decidedly part of the EU. Ten years later the atmosphere has changed and the future is full of new and complex challenges. But back in 2007 London based cultural attaches were seen to be visibly excited by the prospect of this new association. They were spied scampering off to what the rest of us thought were something odd called Unique meetings.

Our initial confusion is over – EUNIC London (European Union National Institutes for Culture) is the network for the cultural institutes and embassies of the member states of the European Union in the UK. A branch of EUNIC Global, the London network has at present 31 members who share knowledge and resources  to promote cooperation and develop partnerships, with the support of the European Commission Representation. According to their Cultural Attaché Jeremy O’Sullivan: ‘EUNIC London is an essential partner for the European Commission Representation in the UK, working with us to highlight the heritage we have in common and the variations that make Europe interesting.’ 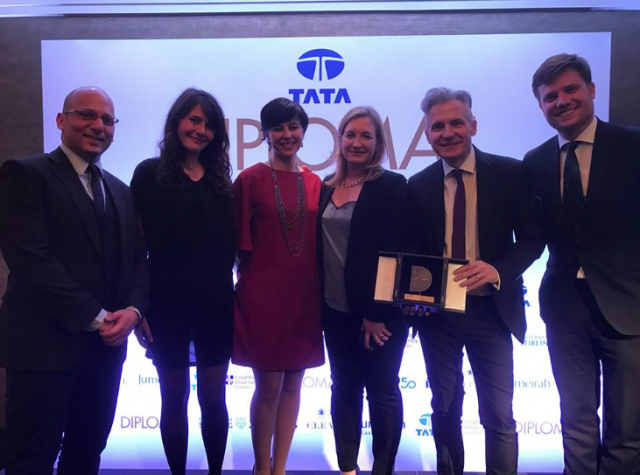 Known for being a fresh and welcome presence on the British cultural scene, Southbank Centre Artistic Director Jude Kelly has called EUNIC London ’a unique platform for sharing the wonderful creative strengths of European artists.’ The current EUNIC London president and Portuguese Cultural Officer for the UK,  Catarina Ferreira, defines their role as “linking potential energies. We try to be fluid and bureaucracy free – easy to access.” Tereza Porybna, Director Czech Centre London and a previous President adds ‘It is a chance to bring to life ideas and pull together resources to really make things happen.’ In this they have succeeded magnificently with a slate of important and impressive cultural projects to their credit.

The EUNIC London meetings are held on the first Monday of every month. At the end of it, representatives of British cultural organisations address the members with a view to working with them on a specific project. A very direct and simple way of making “a bridge for collaboration between diplomatic actors, cultural institutes and diplomats and the British cultural scene.” according to EUNIC London Executive Secretary Marie Proffit. She adds that in many ways “we are still the new kids in town.” 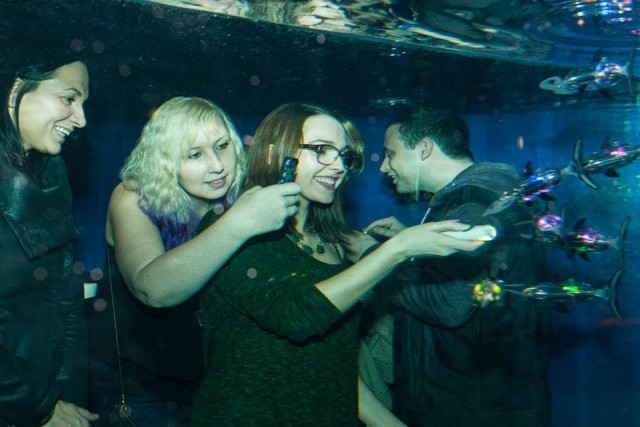 Robot Safari at Science Museum in 2013

One of those original new kids was Peter Mikl who was director of the Austrian Cultural Forum in London from 2009-12 and a president of EUNIC London : “I vividly remember a unique group of people, dedicated colleagues – and soon cherished friends – from Cultural Institutes and Embassies in London, full of creative ideas and ready for action. Our common vision united us: to devise and implement unique projects with British partner institutions showcasing Europe’s diversity in arts, culture and science: “DancEUnion” at the Southbank Centre, “In Praise of Shadows” at the V&A, “Robotville” at the Science Museum and the “European Literature Night” at the British Library to name but a few. All these projects met with enthusiasm from both, the partners involved and the audiences in London. Mission accomplished!” 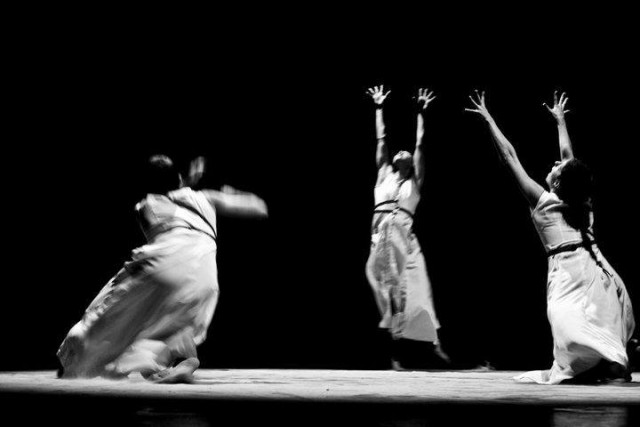 Ildiko Takacs was the third president of EUNIC London and also head of the Hungarian Cultural Institute. She remembers with pride the seminars held by EUNIC London on cultural diplomacy “which aimed to articulate the role of the cultural institutes in the 21st Century, provided an inspirational platform for discussions not only for diplomats but for cultural leaders, managers, journalists and everyone interested in cultural issues. The EUNIC London cluster with the support of the EC created a unique format in that channelled the power of our common European values.”

Dorian Branea, head of the Romanian Cultural Institute and another former EUNIC London president, adds that “ a new vision of cultural diplomacy emerged at our seminars. A vision that was not shy in discussing sensitive topics with authority, truth and genuine collaboration.” He defines the London cluster as ‘a coalition of the willing… EUNIC London works.” 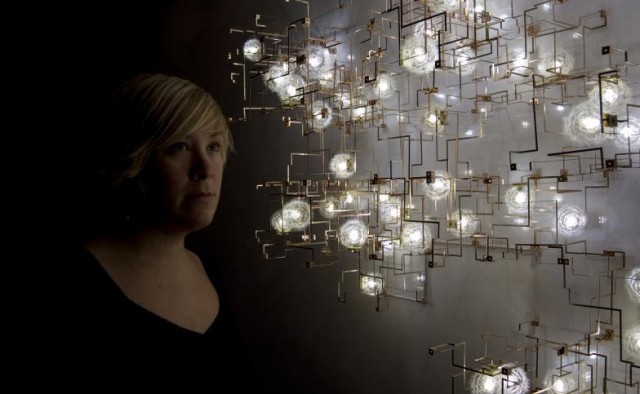 Other early EUNIC London members recall their time together with affection and pride. Sophie Claudel was French Cultural attache at the Institut Francais and part of EUNIC London from the very beginning – “when we organised DanceEUnion in 2008 the idea was to celebrate the diversity of European choreographers  but I would say that it was also for all 22 of us to have the occasion to work together for the first time. My feeling was that it was very successful in demonstrating that the strength of Europe as a whole is that our cultures are and always will be very diverse.” Takacs adds that : “ One of my favourite programmes was In Praise of Shadows (2009) an exhibition of 22 new European lighting designers as part of the London Design Festival at the V&A.” Other early projects concentrated on a joint European past. Sabine Hentzsch, who was head of the Goethe Institute in London, says :  “Among the many activities of EUNIC London I would like to highlight two events: the European Literature Nigh and the film programme “Celluloid Curtain” looking at images of the Cold War in West and East European Cinema – what a revelation!” Celluloid Curtain travelled to Berlin and was one of the first trans-border projects initiated by the EUNIC London team. 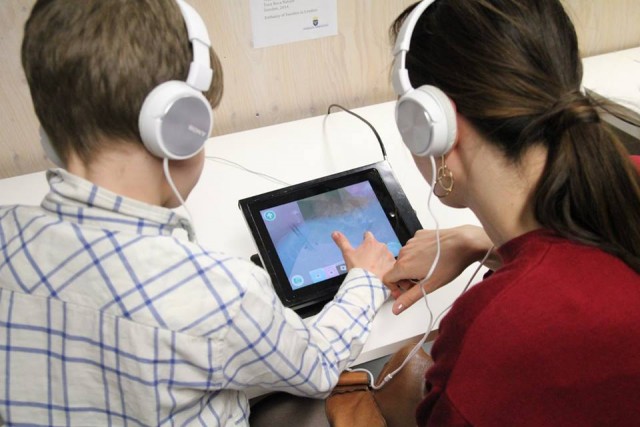 The Games Europe Plays at the Finnish Institute, 2016

Marie Proffit attributes the success of EUNIC London to their enthusiasm in engaging  with ‘the grass roots process and therefore being in touch with our audiences – young or old.’ This is echoed  by the director of the Science Museum, Ian Blatchford, : “We were delighted to collaborate with EUNIC London on Robotville, a hugely successful celebration of the rich history and tradition of robotic development in Europe in science as well as in culture.” Proffit states that “EUNIC London is constantly exploring new horizons, partnerships and pushing boundaries. With ‘The Games Europe Plays’ in 2016, we have brought some of the most innovative and challenging video games and digital experiences from all over Europe to British audiences. Across a series of three shows coordinated by the Finnish Institute and curated by digital expert Ghislaine Boddington we have looked at the future of learning, playing and healing, for young people and all generations.” She adds “Its is hard to select a favourite project only in our rich portfolio of activities. We have had great collaborations and success in the field of performing arts with bold projects such as Theatre of Europe and Currency (in partnership with The Place) and we are working to develop similar connections with BeFestival in Birmingham. I invite everyone to watch our 10th anniversary trailer which will give you an overview of what we’ve been up to in these last 10 years, it’s impressive!’

Another one of the key objectives of the current Presidency Team led by Catarina Ferreira with Vice-President Lukas Van Damme (Flanders House) and Achilleas Hadjikyriacou (Cyprus High Commission)  is to ‘develop exciting partnerships outside of London, reaching out to new partners in particular in the Vote Leave areas’. EUNIC London operates all around the country and seeks to expand its connections outside of London. A recent example was a two-day visit organised in May 2017 with FACT in Liverpool. The aim was to connect a group of cultural attaches with the local scene from arts and culture to innovation and social enterprise to make collaborations flourish. 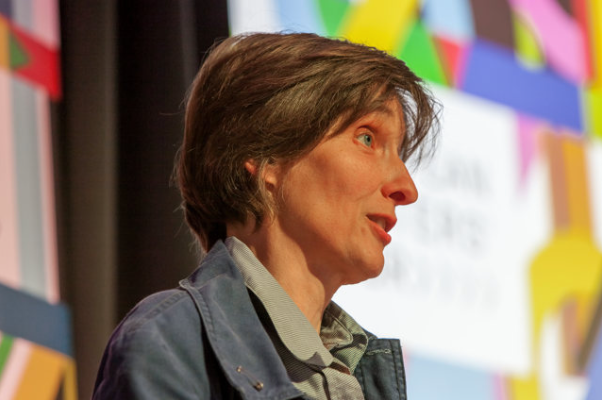 Catarina Ferreira cites the 2017 European Writers Tour as her special project ; “I have a thing for literature.” She was particularly thrilled with the keynote speech delivered by the Scottish author A.L. Kennedy at the recent London event. Kennedy declared that “the European project was, and in many ways still is, about encouraging vigorous cultural expressions of human creativity, of beauty and of personality – the stories of our humanity.” Thanks to Ferreira, the Royal Society of Literature and partners (the British Library the EU Commission and EUNIC Global) this year the nine year old format has been radically changed from one night at the British Library to a Tour visiting five British cities : “we wanted to bring five European authors to engage with a new audiences in cities which for the most part voted to leave the EU.”

Brexit is of course the elephant in the room and no one knows how it will impact on the British relationship with European culture. A.L. Kennedy also said in her keynote speech that “ We have to proceed in hope because despair would be an indulgence and many of us are still safe and therefore able to work. We have to keep on working to preserve safety for more and more of us. We have to remain open, as we have been in other times. It is possible for us to be eager for news of the world… Writers after Brexit will rely on Europe for moral and intellectual support.”

Sabine Hentzsch believes that “As Sadiq Khan, the Lord Mayor of London, stated just after the referendum London remains an international and European city so right now EUNIC London is even more important than ever facing the consequences of Brexit.” Sophie Claudel says “I just hope that Brexit will not ruin our ability to work together. We are more intelligent, and more pertinent, all together than alone.” Ildiko Takacs states that “we need to act together in such a fragmented and fragile Europe.  It is essential and will be even more crucial after Brexit.”

Marie Proffit confirms her former colleagues confidence : “EUNIC London has a more important role now. We are committed here to stay even more than before – it is just that we have a new set of cards we have to play with.”  Catarina Ferreira adds that “the door is open and we will never close it.”

Henrietta Foster is a writer and television documentary director. She works mainly for the BBC and is completing her film on women orchestra conductors called Beyond The Grace Note.