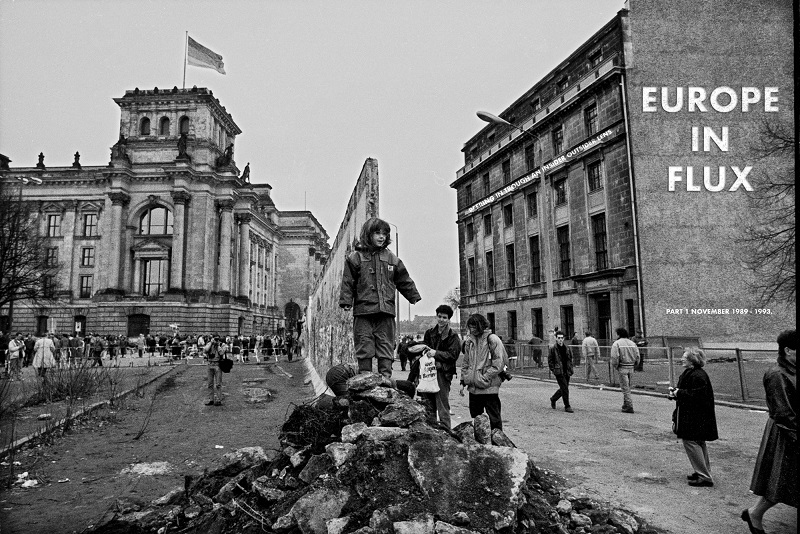 On the eve of the 30th anniversary of the fall of the Berlin Wall, this exhibition looks at the immediate repercussions in eastern Europe in the wake of this historical event.

Pierre Alozie, a Franco/Nigerian freelance photojournalist, leaves Berlin and travels east, to the Velvet revolution in Prague, Romania and the end of the Ceausescu dictatorship, Bulgaria and the last communist party congress, the breakup of the Yugoslav Federation, Georgia and Azerbaijan.

The end of the USSR, a confederation of many states, latent ethnic, nationalist and territorial tensions degenerated into multiple conflicts.
This exhibition coincides with the publication of Alozie’s photo-book with the same title.

“Since the past has ceased to throw its light upon the future the mind of man wanders in obscurity”. Alexis de Tocqueville

Pierre Alozie has been a photojournalist since 1988. He is now living in London where he is an NUJ member and v. chair of the British Photographic Council. He has covered main events in Eastern Europe post Berlin Wall, was in Greece for the elections in June 2012 and has worked in Georgia, Azerbaijan, Croatia, Bosnia, India, Nigeria, Serbia, Romania, Hungary.

He is presently covering news events in London, with particular attention to protests and demonstrations and the Brexit referendum.