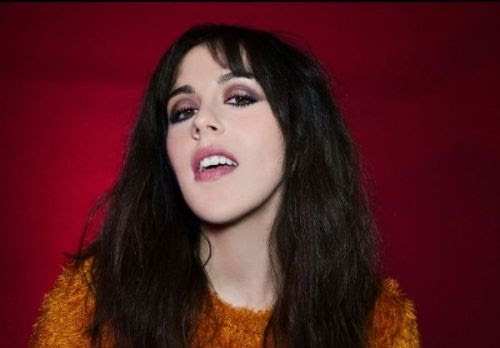 Sara Correia’s UK debut: her intense, smoky and passionate voice captures love and power, sadness and joy, the city of Lisbon and the Portuguese soul. Inhabiting the middle ground between traditional, dark fado and its modern, lighter incarnation, her mellifluous toplines owe something also to French chanson.

Her debut album, Sara Correia—released in 2018—is mainly acoustic and featured Ângelo Ferreira – “undoubtedly one of this generation’s Portuguese guitar geniuses” – Marino de Freitas on bass guitar, and Vicky Marques on percussion. The album earned her two nominations for the PLAY-Portuguese Music Awards in the categories of Best Fado Album and Best New Artist. The international edition of her debut album was released by Wrasse Records in 2019.

She grew up in a family of fadistas, immersed in fado, and was just 13 years old when she won the Grande Noite do Fado (a major festival and singing competition). Her husky high-contralto voice still projects the intensity of the roots music she grew up listening to.

Soon after her victory, she was invited to sing at one of Lisbon’s most important venues for fado, the Casa de Linhares, where she was lucky to learn from some of the greatest singers such as Celeste Rodrigues, Jorge Fernando and Maria da Nazaré. “I will always think of them as the school of being a fadista”, she declares. In fact, the experience of the fado house is vital to her. “It is very important to me, it is almost mandatory. It’s where you get your bearings and learn to use your voice, where you grow into your identity, singing night after night as if your life depended on it. All the great fadistas of today, and all of the greats in our history came into their own at fado houses.”