Released Sounds at the National Gallery 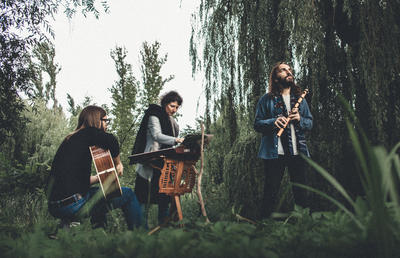 A musical journey through the European art and culture.

Hear how they have transformed musical manuscripts which feature in paintings including Watteau’s ‘Scale of Love’ and Holbein’s ‘Ambassadors’, into traditional and folk compositions.

Maciej is a founding member of contemporary Polish folk group the Jorgi Quartet, whose music has strong Celtic roots as well as inspiration from African, classical and jazz music. He has reconstructed early-medieval and ancient woodwind instruments with his research regularly published in the Polish Academy of Sciences’ publications.