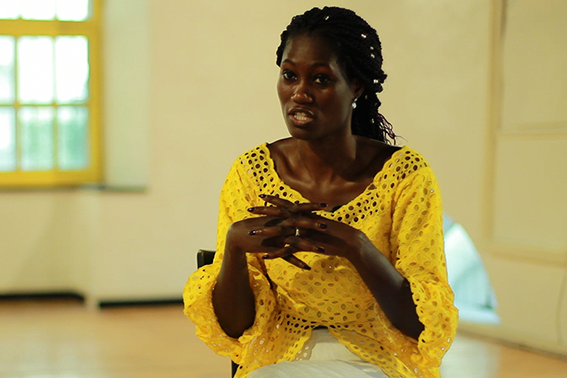 Italy has second largest number of resident foreigners in the EU (5.3 millions on 1 January 2019, including 3.7 millions non-EU citizens according to Eurostat). Millions of migrants of first, second and third generation permanently live and work in our country: many have obtained Italian citizenship, and many others haven’t, including young people who have grown up and gone to school in Italy. And yet, Italian theatres, on and off stage, seem to be oblivious to this reality.

In order to explore cultural identity and represent the social changes happening in Italy, we have asked seven theatre-makers of migrant heritage – of first or second generation, or mixed heritage – to share their stories, their artistic development and future projects in seven video portraits.

“Performing Italy” amplifies the voices of a selection of so-called “new Italians” who work in theatre today, highlighting the significance of their artistic contribution to the current artistic landscape and confirming contemporary theatre’s key mission of representing Italian society for what it currently is.

The videos (approx 15’, in Italian with English subtitles) will be available on ICI London’s Vimeo channelon the following dates: