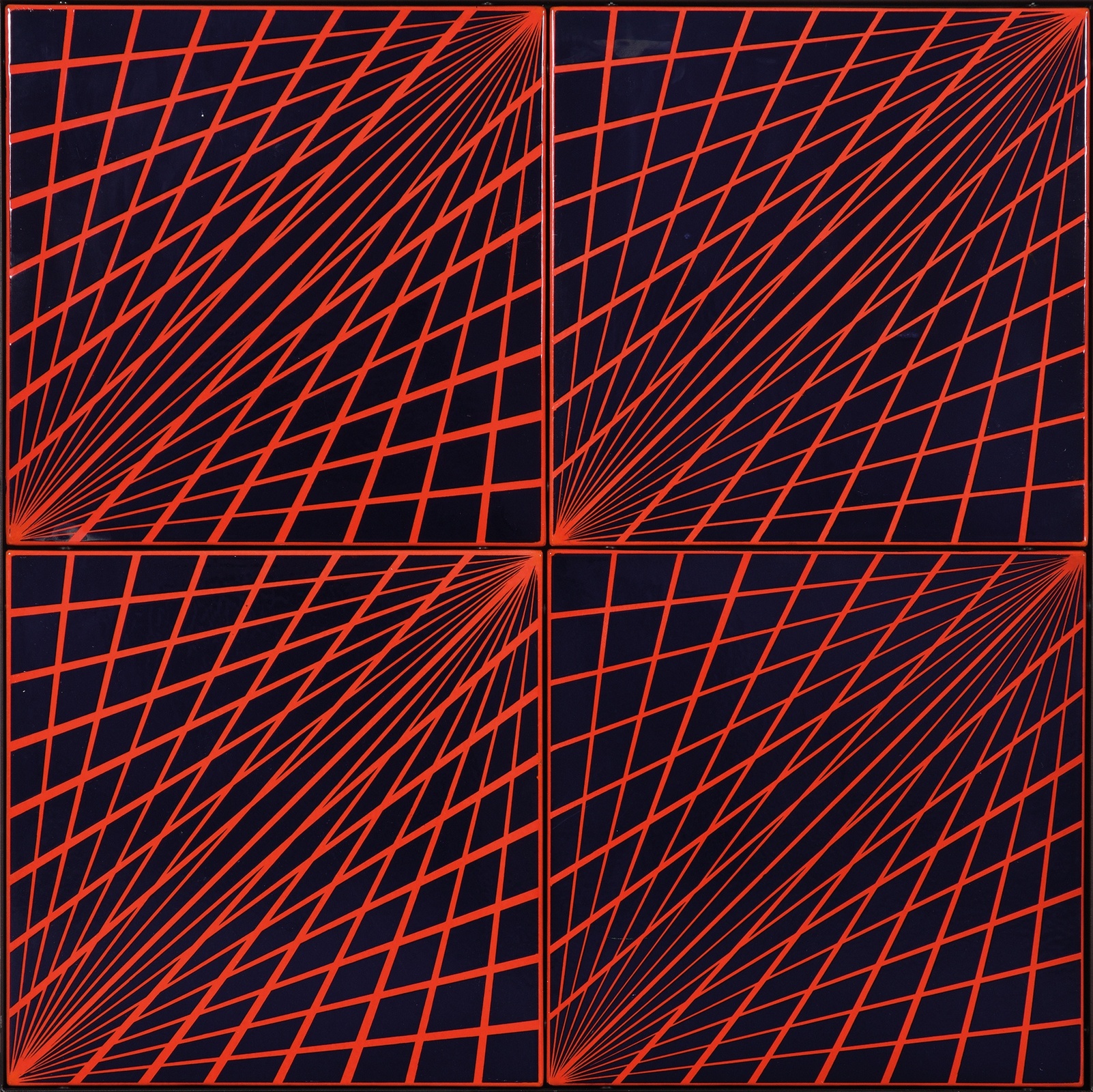 In 1969, painter and teacher Ferenc Lantos introduced his students to the enamel factory in Bonyhád, on the outskirts of Pécs where each summer between 1969 and 1971 they participated in experimental workshops using the enamel to create geometrical compositions by fusing industrial enamel to the discarded factory iron plates with the assistance of the factory workers. Each artist had their own style and ideologies inspired largely by the geometric reductions of the Bauhaus, particularly László Moholy-Nagy and op artists such as Victor Vasarely (also born in Pécs) but all were unified in their goal of attaining unity of architecture and the fine arts, touching upon the question of industrial reproducibility through industrial design and bringing art into the public space.

After 1971 the group moved separately in different directions to Land Art, Conceptual and more overtly political themes. Deliberately pushing boundaries of art and political censorship this group of artists found diverse and inventive ways in which to express powerful messages in the face of the constrained social, cultural, and political reality of their time.

After remaining largely unknown outside Hungary, these ground-breaking artists are now being recognised by international museums, biennials, and collectors all over the world with several of the works in this show appearing in recent exhibitions at The Ludwig Museum – Contemporary Art Museum and the Vasarely Museum, Budapest.