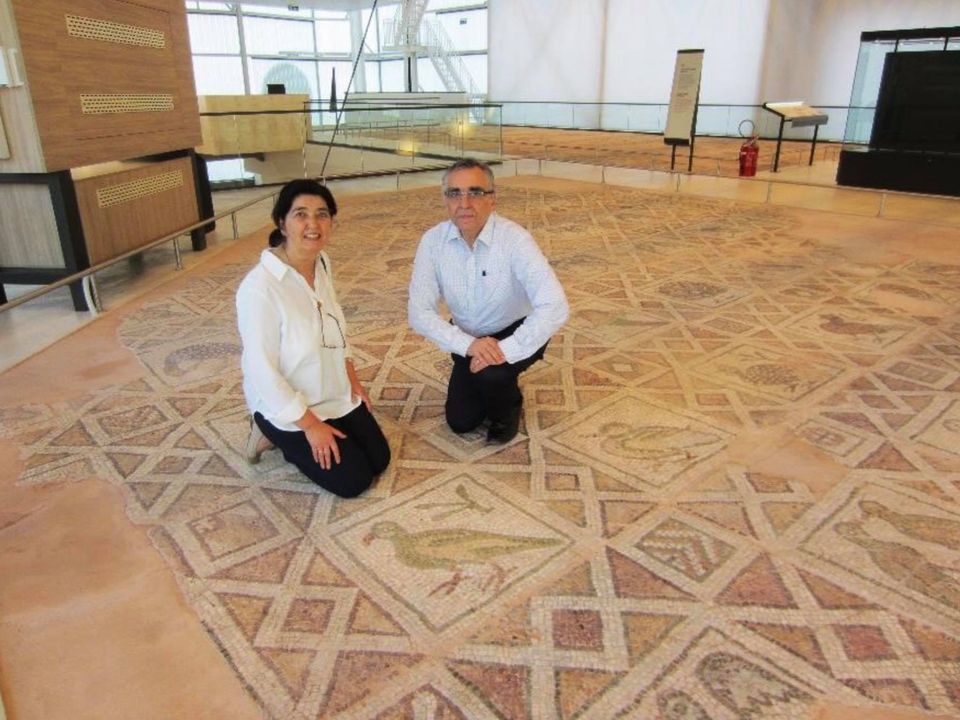 The BCI London presents one of the most important moments in Bulgaria this year – the opening of the restored exclusive mosaics of the Episcopal Basilica in Plovdiv – one of the earliest churches in the world built at the time. of Constantine the Great. This opening took place on April 18 this year in Plovdiv.
The opening of the restored mosaics in the unique Episcopal Basilica of Trimontium-Philippopolis took place in Plovdiv оn April 18 this year.The mosaics of this exceptional early Christian basilica are in two layers. The first one is from the beginning of the 4th century – when the persecution of Christians ceased and the construction of churches was permitted. This mosaic layer is with geometric patterns associated with the early Christian symbolism – one of the most diverse such patterns found in an early Christian church. Later (5th century) a second layer of mosaics with images of birds was applied on top of the existing first layer. The mosaics in this top layer contain 74 images of various birds – symbolizing Paradise – one of the largest such mosaic panels ever found in Christendom. During the current restoration the two mosaic layers were separated and are now displayed on two floors of the new building/museum of the Basilica. The total area of ​​the mosaics found in the Episcopal Basilica in Plovdiv is huge (over 2000 sq.m. for the two layers in total). These are the largest mosaics in an early Christian church, exhibited on site (in situ), apparently made by local craftsmen with stone tesserae from the near Rhodopa Mountain. UNESCO is currently evaluating the inclusion of the Episcopal Basilica in the World Heritage List.
These wonderfully restored Thraco-Roman mosaics in the ancient Trimontium-Philippopolis provide rich information about the aesthetics of the early Christians in the lands of today’s Bulgaria and enrich the understanding of Christian art in the Balkans at the dawn of Christianity.
Be sure to share your impressions and comments below the video so we can continue broadcasting our new online projects.
Enjoy watching!
+ Google Calendar+ iCal Export