ON ARRIVING by Ivan Faute 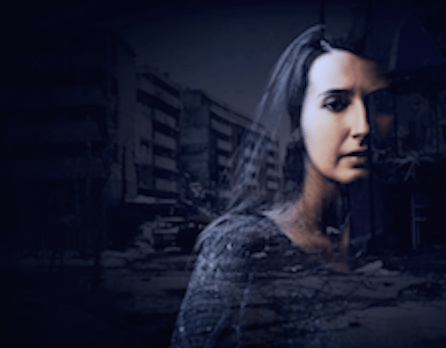 Directed by Cat Robey, actress Sophia Eleni performs with deep, personal connection to the story of home and war.

“How do you decide where to go when you leave home forever? You just decide. And then that is your goal. It’s different from this place, you hope. Safer, you hope. You hope.”

The Cyprus High Commission presents On Arriving, a new one-woman play by Ivan Faute, exploring a young refugee’s fight for survival as her country falls apart before her eyes. This brave, poetic play looks at the human moments of one person’s choice to leave a place they have known their entire life, to set off for something unknown.

Directed by Cat Robey, actress Sophia Eleni performs with deep, personal connection to the story of home and war, her own family having been made refugees when fleeing Cyprus in 1974 after the Turkish invasion.

The performance on Wednesday 22 September will be followed by a panel discussion and Q&A.

Organised by: Cyprus High Commission in the UK – Cultural Section