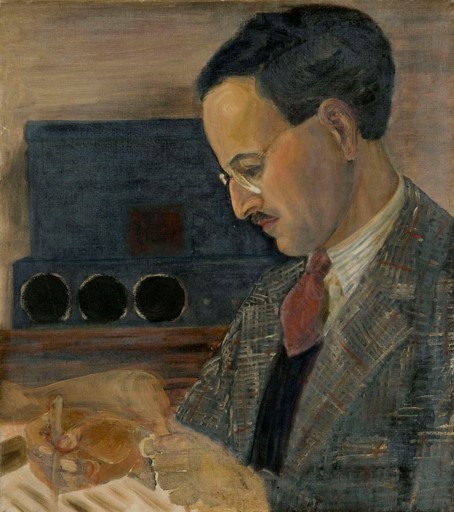 A concert devised by Norbert Meyn and Simon Channing, broadcast from the brand new Performance Hall at the Royal College of Music.

“Seiber’s many journeys began in Budapest, where he studied with Zoltán Kodály and collected folk songs. In 1925 he took up a position as a cellist on a cruise ship in the Americas where he became acquainted with Jazz. In Frankfurt he became the director of the first Jazz department in a German conservatoire, from 1928-33. He was also influenced by Schönberg’s serialism. In 1935 he emigrated to Britain, where he became a respected teacher of composition, founder member of the Society for the Promotion of New Music, and choral conductor. His many successful works are characterised by ‘fearless self assurance and a healthy disregard of genre limitations and national borders’ (AVI music) and include ballets, comic operas, chamber music, English songs, arrangements of Hungarian, French, Greek and Yugoslav folk songs, and film scores (including Animal Farm, 1954). This project commemorates the 60th anniversary of his tragic death in a car accident in South Africa and is part of the AHRC-funded research project ‘Music, Migration and Mobility – The Legacy of Migrant Musicians from Nazi Europe in Britain’.”