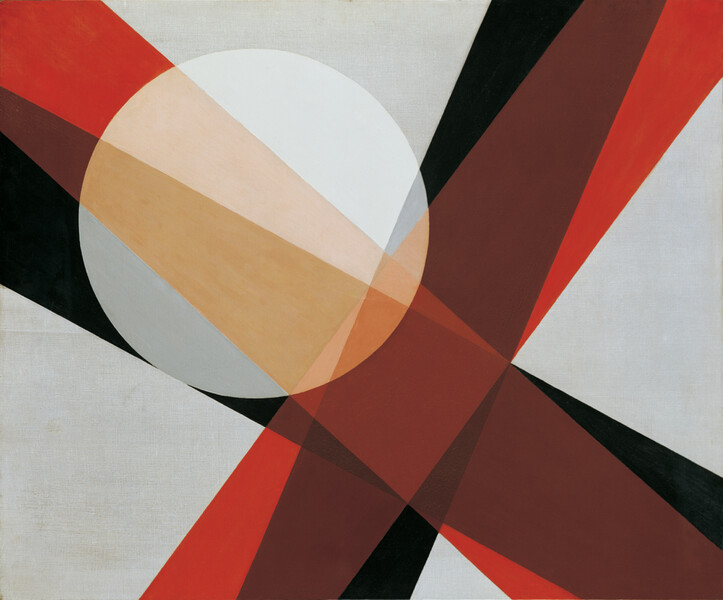 Hauser & Wirth is proud to present an exhibition of works by László Moholy-Nagy coinciding with the centenary of the Bauhaus in 2019. The show in London will provide a deeper understanding of this restless innovator, artist, educator and writer, considered one of the most influential figures of the avant-garde. The works in the exhibition span a period from the early 1920s to the 1940s revealing a diverse practice that defies categorisation, moving fluidly between disciplines that encompassed photography, painting, sculpture, film and design. Curated by Daniel Hug – the artist’s grandson – the exhibition examines Moholy-Nagy as a proto-conceptualist, whose work interrogated the role of the art object and the artist in society, anticipating questions posed by subsequent generations of artists.

László Moholy-Nagy was born in Hungary in 1895 and he initially studied law before serving in the army during World War I. He was discharged in 1918 after being wounded and by 1920 he had settled in Berlin, gaining a reputation as an innovative artist and a perceptive theorist. His reputation preceded him, at Walter Gropius’ invitation he taught at the Bauhaus School of Art and Design in Weimar and Dessau from 1923 to 1928. His approach, embracing new technologies and modern materials – alongside his utopian optimism for the future of design and society – came to define the Bauhaus ethos. However, the rise of Nazism forced Moholy-Nagy to leave Germany, first for Amsterdam and then to London where his family joined him. In 1937 he moved to the United States, founding The School of Design in Chicago in 1939 in the Bauhaus model.