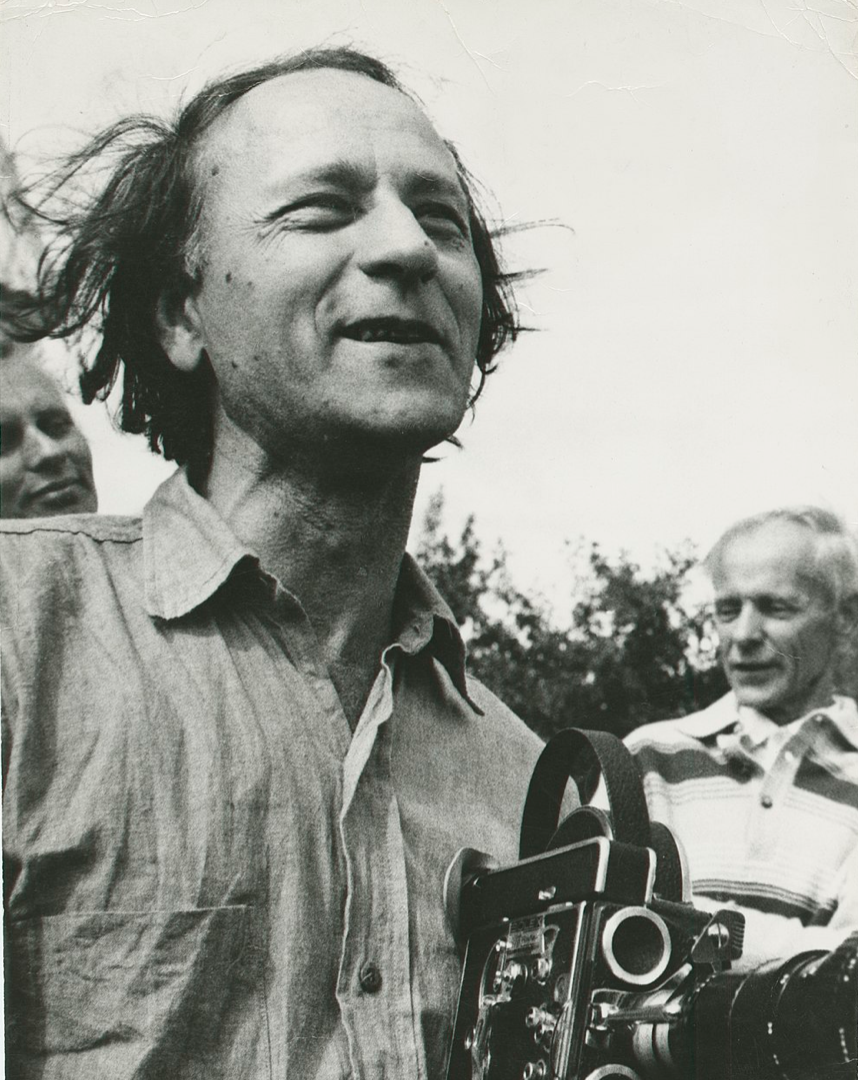 “I am standing in the middle of the information highway and laughing, because a butterfly on a little flower somewhere in China just fluttered its wings, and I know that the entire history, culture will drastically change because of that fluttering.  A Super 8mm camera just made a little soft buzz somewhere, somewhere on the lower east side of New York, and the world will never be the same.” – Jonas Mekas

A Lithuanian, arriving in New York in flight from war-torn Europe, Jonas Mekas became one of the leading figures of American avant-garde filmmaking. In 1954, he became editor and chief of Film Culture; in 1958 he began writing his “Movie Journal” column for the Village Voice; in 1962 he co-founded the Film-Makers’ Cooperative (FMC) and the Filmmakers’ Cinematheque in 1964, which eventually grew into Anthology Film Archives, one of the world’s largest and most important repositories of avant-garde films. His own output ranged from narrative films (Guns of the Trees) to documentaries (The Brig) and to “diaries” (Walden). Mekas’ highly personal film diaries recorded many of the underground events from the 1950s to the 80s as well as his own life, creating a unique body of work that is both a record of those eventful years and remarkable film poetry. 2022 would have been the 100th anniversary of this legendary filmmaker, and to celebrate this occasion we’re delighted to present 10 of Mekas’ landmark films.

INFO on screenings and programme here.

Special thanks to Ula Tornau, (Cultural Attaché for the Lithuanian Embassy UK), Pip Chodorov(Re:Voir), Julius Ziz and Sebastian Mekas for their support in making this programme possible.