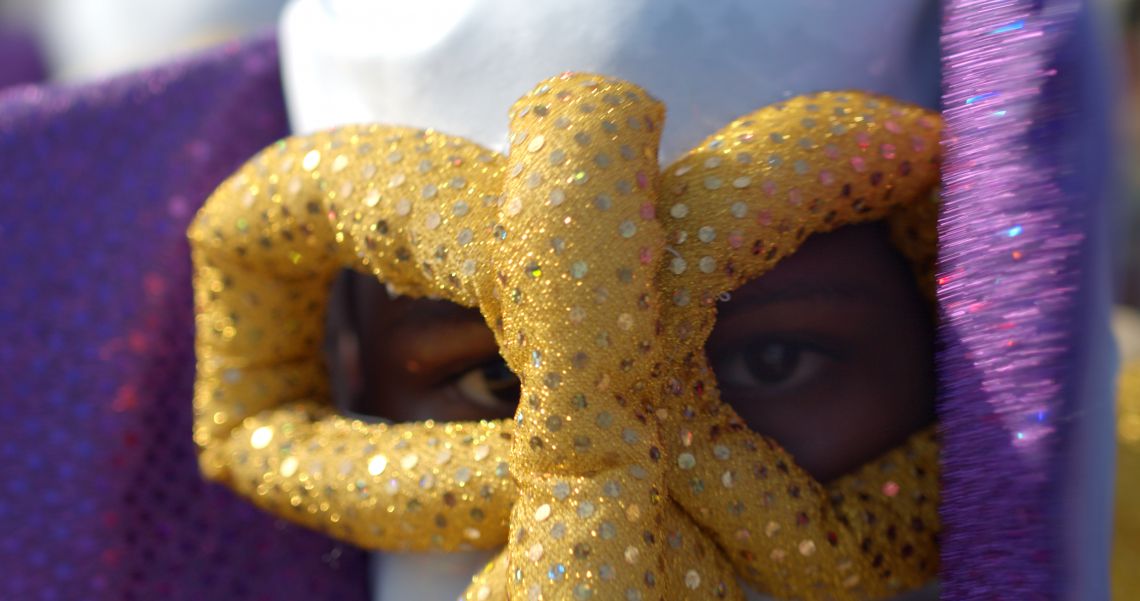 ICI London is pleased to support once again the work of artists Artists Invernomuto (duo Simone Bertuzzi and Simone Trabucchi) & Jim C. Nedd: an immersive audio-visual installation Grito – Las Brisas de Febrero (2021) at Liverpool Cotton Exchange Building, part of the 11th Edition of the Liverpool Biennal: The Stomach and the Port, curated by Manuela Moscoso. The work explores Colombian pico culture – where customised sound systems or ‘picos’ go head to head playing vintage Afro-Colombian records, animating the street parties of the country’s Atlantic Coast. The work ties together multiple threads – highlighting sound as a form of knowledge and tracing the history of picos to the role which Colombian coastal cities played as points of contact between West Africa and South America during the transatlantic slave trade, while drawing parallels with Liverpool’s historic connection with this period. Retelling the history of Afro-Colombian music and culture from this perspective, the sound element recites stories connected to both Palenque and Barranquilla. Also concerned with how our bodies register experience, the editing pattern of the film reflects patterns of hair braiding which were developed by slaves to transmit messages as tools of resistance.

Taking over unexpected and public spaces, historic sites and art galleries, the Liverpool Biennial has been transforming the city through art for over two decades. The 11th edition, The Stomach and the Port, explores notions of the body and ways of connecting with the world. 50 international artists and two collectives are taking part in this year’s Biennial. A dynamic programme of free exhibitions, performances, screenings and fringe events unfolds over the 12 weeks, shining a light on the city’s vibrant cultural scene.Follow this link to find out more: https://liverpoolbiennial2021.com/

Simone Bertuzzi (b. 1983, Piacenza, Italy) and Simone Trabucchi (b. 1982, Piacenza, Italy) live and work in Milan, Italy. They have been collaborating as Invernomuto since 2003, focusing primarily on moving image and sound, while often integrating sculpture, performance and publishing into their practice. Bertuzzi and Trabucchi have developed individual lines of research into sound with the outlets Palm Wine and STILL, respectively. Invernomuto won the Museion Prize 1 (2017) and were finalists for the MAXXI Bvlgari Prize (2018). Recent exhibitions include 58th Venice Biennale, Italy (2019); Tate Modern, UK (2018); Manifesta 12, Italy (2018); and Nuit Blanche 2017, France (2017).

Jim C. Nedd (b. 1991, Verona, Italy) lives and works in Milan, Italy. Nedd is an Afro-Colombian interdisciplinary storyteller, involved in sonic environments and visual arts. Founder of the experimental band Primitive Art alongside Matteo Pit, Nedd operates as a photographer and director in both advertising and editorial projects, as well as part of the Toilet Paper Collective.