In the heart of Sofia 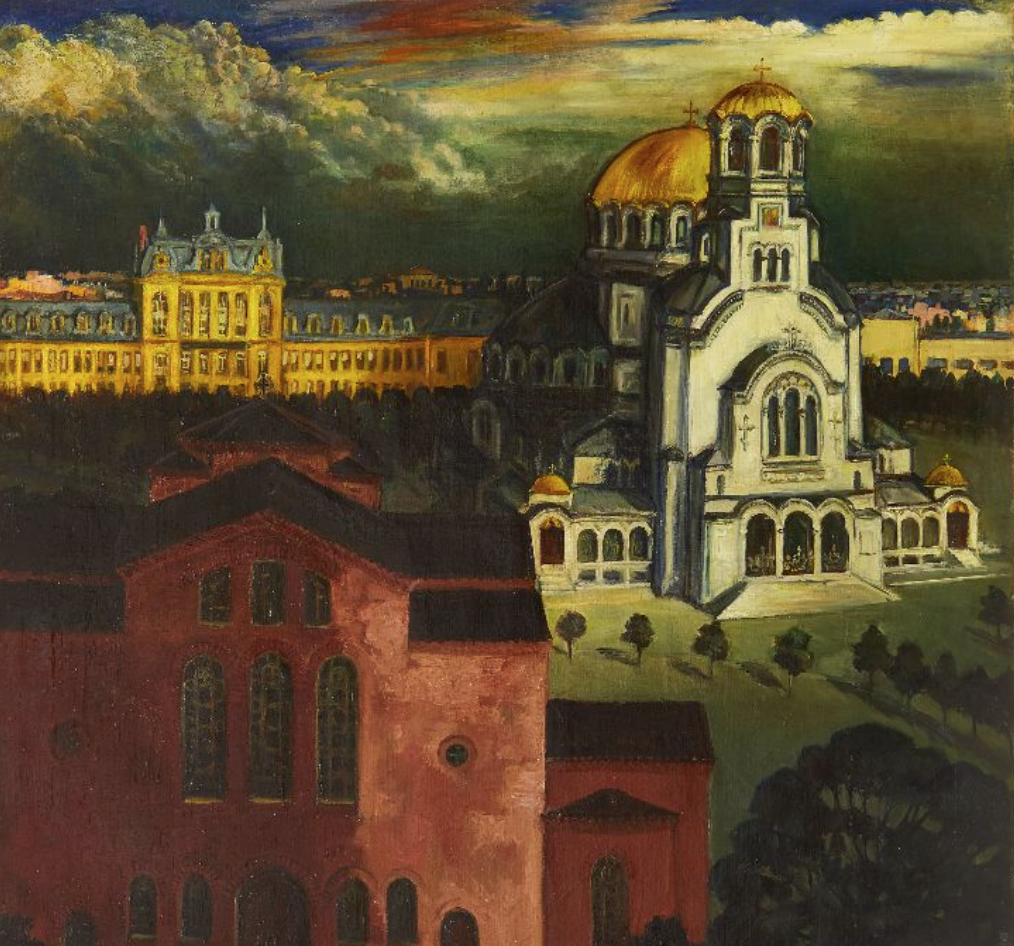 In the heart of Sofia. European presence in the contemporary architectural face of the Bulgarian capital

The Bulgarian Cultural Institute London cordially invites you to the opening of the exhibition “In the heart of Sofia. European presence in the contemporary architectural face of the Bulgarian capital”, a project by Sofia City Art Gallery.

The exhibition presents the architectural heritage in the contemporary look of Sofia reflected by the works of Bulgarian artists, which testifies to the presence of European architects in the country or Bulgarian ones, most of whom have received their professional education in the Czech Republic, Austria, Italy, Germany and elsewhere.

The works selected for the traveling exhibition are by famous artists such as Nikola Tanev, Nayden Petkov, Canko Lavrenov, Aleksandar Stamenov, Denyu Chokanov, Vladimir Kavaldjiev, Todor Hadjinikolov and others. The architectural monuments, that are perpetuated in their works include: the National Assembly, the Monument of the Tsar Liberator, the Ivan Vazov National Theatre, Eagles’ Bridge, Sofia University, Banya Bashi Mosque, the Sofia Synagogue, and the medieval city emblems – the Saint Sophia Church and the Church of Saint George.

Other featured works show elements of the country’s recent past, which have often sparked active public debate in recent years such as the Monument of the Soviet Army, and the destroyed Mausoleum.

The exhibition grants the opportunity to evaluate both the current state of architectural diversity in the city and its historical development, while details of the personal and creative paths of artists and architects, as well as the architectural sites themselves, most of which are included in the list of immovable cultural monuments of national importance, allows the construction of a rich and intriguing story about the presence of Europe in one from the most ancient and vibrant cities of the Old Continent.

This event is kindly supported by the British-Bulgarian Society.