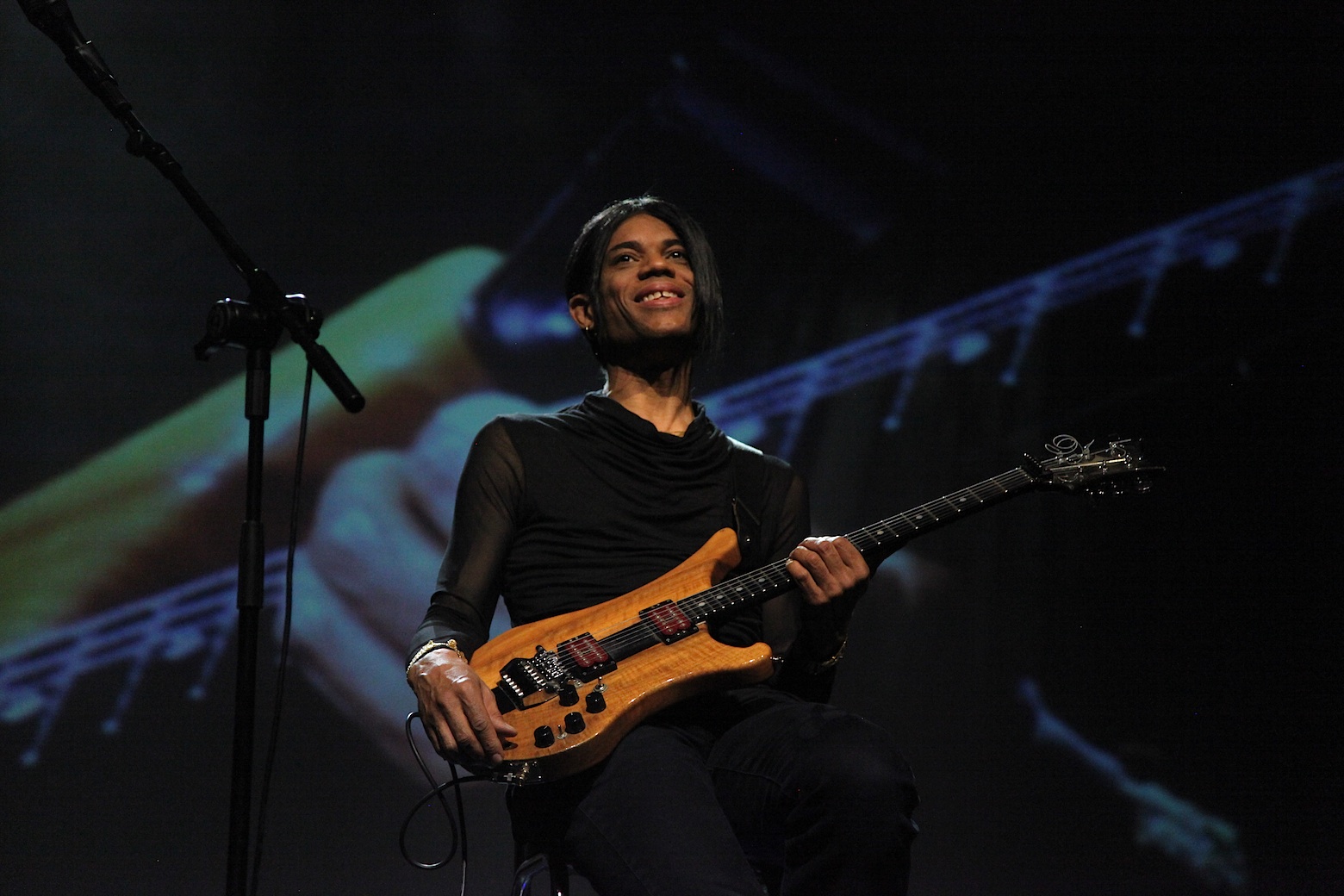 IGF Guitar Summit is back again with an exciting international line-up of performers. The legendary jazz guitarist, pianist and singer Stanley Jordan will open the IGF Guitar Summit. On the guitar, he has created special techniques in order to express his phenomenal musicianship including his ‘touch technique’ – an advanced form of two-handed tapping. Having trained initially as a classical pianist, he will be performing on piano, singing and playing – sometimes simultaneously at this special London performance. The award-winning guitarist and composer Antonio Forcione will be joined by the wonderful singer-songwriter and guitarist Jule Malischke performing their own songs . Jule will be making her London debut.

This year, IGF Guitar Summit is also hosting the Finals of the second EuroStrings Guitar Competition, bringing together 17 of the finest international young guitarists, all first prize winners of international guitar competitions across Europe, to compete in a super competition. The winner will receive 8,000 Euros and a European tour as well as concerts in China and the USA.

A shared recital on the Saturday evening will feature the outstanding British lutenist Nigel North in one half and the UK debut of classical guitarist Goran Krivokapić, whose sensitive and expressive playing will provide the perfect balance to the intimate lute recital. Nigel North’s recital, titled Capriccio, will feature music from his latest CD on BGS Records, the fourth in a series of the music of the great baroque composer and lutenist Sylvius Leopold Weiss (1687–1750). Goran Krivokapić has emerged as one of the foremost guitarists on the international scene, setting new standards with his breath-taking virtuosity, with a subtle wit and deeply musical interpretations. This concert marks the UK debut of this extraordinary guitarist, an event not to be missed for anyone interested in guitar! (Saturday, 21 July 2019, 7.30pm, Kings Place, Hall Two).

The virtuoso flamenco guitarist Juan Martín, who has recorded 18 albums and given solo concerts from Shanghai to San Francisco to the Montreux Jazz Festival, will be giving a solo recital.

Over the weekend, there will be two excellent daytime concerts. The outstanding young classical guitarist, Jesse Flowers, winner of the 1st Prize in the first EuroStrings Guitar Competition, in 2018, will give a solo recital, playing music by J.S. Bach and Philip Houghton.

The award-winning Spanish classical guitarist, Marco Socías, born into a family of musicians, became a professor of guitar at the young age of 21. Although he has performed in all the major concert halls of Europe and has made eight recordings, this concert offers a rare opportunity to hear him perform. Sharing his concert will be the VIDA Guitar Quartet: Mark Ashford, Amanda Cook, Mark Eden and Christopher Stell, performing a programme of Corelli, Gershwin and Sérgio Assad. Their most recent recording, Bachianas (BGS Records), has received great critical acclaim.

Over the past 24 years, International Guitar Foundation’s commissioning programme has become Europe’s largest, with a list of over 90 commissions of new works to date.

IGF Guitar Summit was established in 2014 as an intense turbo-charged four-day ‘July’ event to inspire everyone during the summer holidays and this year’s line-up of artists will guarantee that.