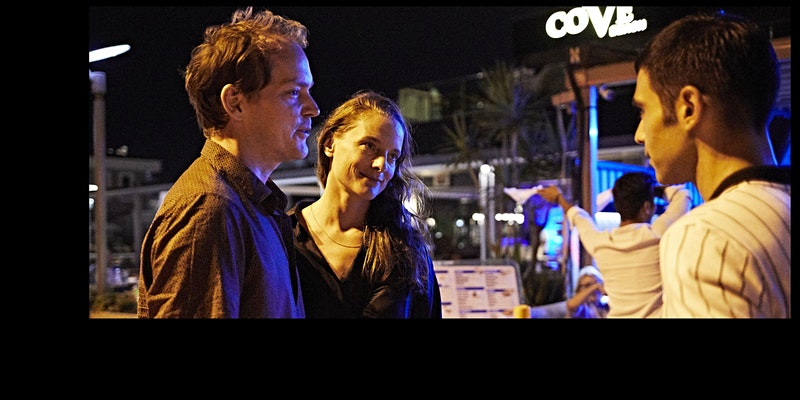 A German registry office. We hear the words that declare a couple married. The bride and groom kiss, but it is rather a furtive, awkward kiss. No wonder because the couple hardly know each other having only recently crossed paths in the Turkish city of Marmaris. Here Baran had arrived after his military service, had started a kitchen job in a restaurant and soon been promoted to providing sexual services to foreign female tourists. Marion, an experienced airline pilot, had come to Marmaris with her long term boyfriend to have a break before her impending cancer surgery. She doesn’t use Baran’s services. Instead they strike a different kind of deal, one that offers Baran the chance of the new life in Germany that he longs for and that starts with the two getting married.

All this happens fast, but once the crucial decisions have been made, the pace of the film slows down to observe how this negotiated relationship evolves, how differences in age, social and legal standing as well as personal idiosyncrasies, hopes and fears play together to propel it into all kinds of directions. Director Ilker Çatak’s manages to tell this emotional story steering free of all melodrama, tones it down with a dry humour in the dialogues. Anne Ratte-Polle as Marion, the tough, stubbornly independent pilot, is nuanced and restrained throughout and finds her match in the relative newcomer Ogulcan Arman Uslu, who gives a highly engaging performance as the equally strong-minded, yet more life-affirming Baran.