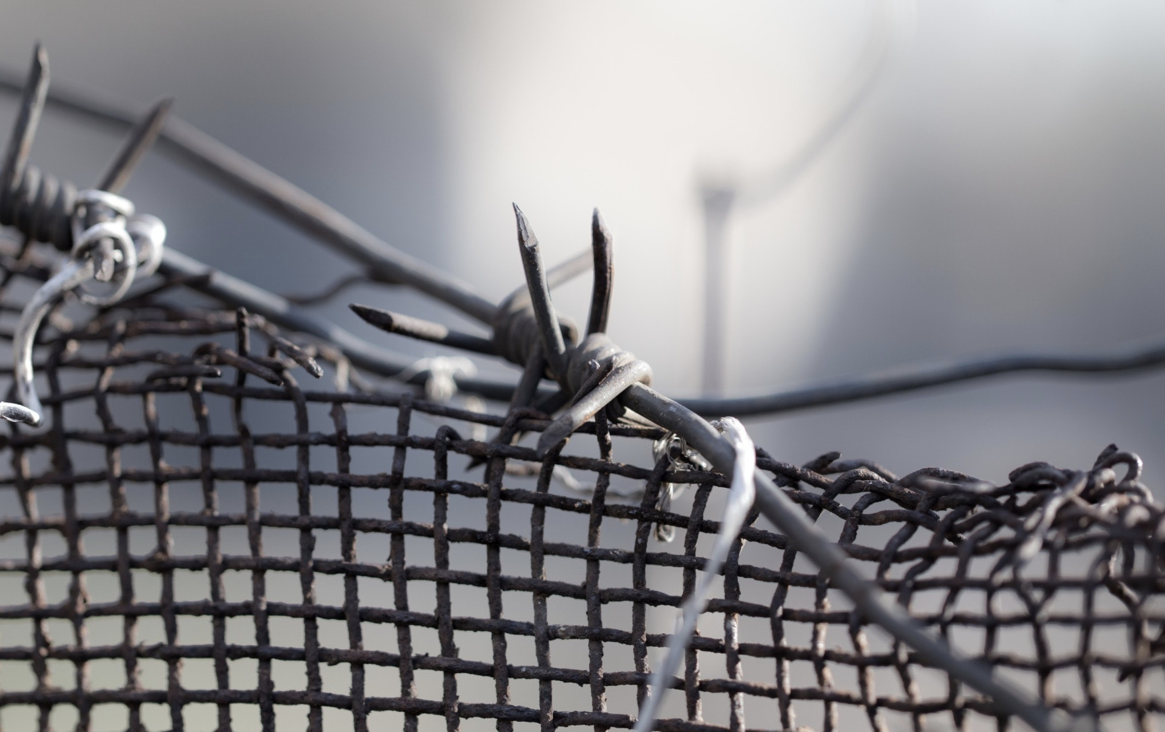 A unique fusion of poetry, satire, reportage, multimedia and traveller’s diary, Closed Lands traces the history of modern walls – real and metaphorical – from Berlin to Mexico to Europe.

Beginning in 1989 with the euphoria for the fall of the wall – “the end of shame”, as it was described – it moves in space and time to Mexico, the Sahara desert, and the wall of water surrounding “Fortress Europe”, ending with the wall of bureaucracy faced by asylum seekers.

LegalAliens’ powerful and evocative production features the cast rotating through the roles of migrant, politician, citizen, CEO and a VIP bot, all part of a perverse and random mechanism. A live camera projects part of the action on screen, as our lives become increasingly part of a gigantic video game in which even the most dramatic situations – boats crossing the Med, border control techniques, the selling of weapons – can be sold to the public as glamorous products.

Based on factual research and testimonies, and performed by actors who are all migrants in the UK, Closed Lands chronicles the “Free world’s” obsession with walls and our journey back to shame.

This is the English premiere of Closed Lands (Terres Closes), by award-winning playwright Simon Grangeat and performed by an all female international cast.

Presented in co-production with Exchange Theatre and part of “Migrations Harbour Europe”, an ACE funded project to promote plays from across the continent focusing on migrant voices and experiences in a non cliched and theatrically original manner.