ALISON KUHN: THE CASE YOU 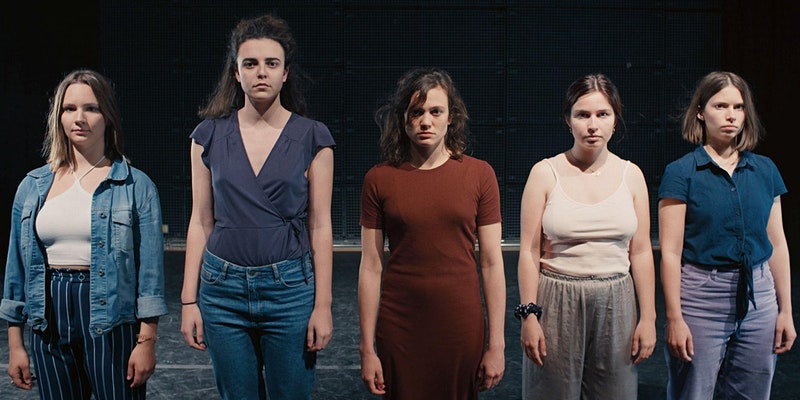 Goethe-Kino (Online – Only Available in the UK)

Goethe- Institut London is pleased to present this month’s Goethe-Kino Film The Case Youtogether with Birds’ Eve View, the UK-wide charity with a mission to bring a wider perspective of the world through cinema and with the aim to support films by women & non-binary people, and to build a community for those who make, show, release and watch them.

A dark theatre space, from the depths of which five young women resolutely emerge and line up in front of the camera. There are five women who took part in a casting for a film in 2015 with many other women, including minors. They all would have liked to forget what they experienced and observed at this casting. They were harassed, yelled at, sexually touched, beaten. What’s more, the director in charge used the footage from this audition for a completely different film, which the participants only found out by accident—another form of abuse and exploitation.

Director Alison Kuhn also took part in this casting. In 2019, now studying film direction at the Film University Babelberg, she decided to process her experience with other participants on film. In the reduced space of the film school’s theatre stage, they reconstruct the casting situation together and talk individually about what happened, about their sense of vulnerability, their powerlessness, their confusion, their shame and their anger. For legal reasons, the director’s name is never mentioned, but as Alison Kuhn puts it, her concern wasn’t so much with an indictment as with “providing a case study of a structural power problem” and creating a safe space for the women, where they can  “tell their story. On behalf of all people who have suffered abuse of power.”