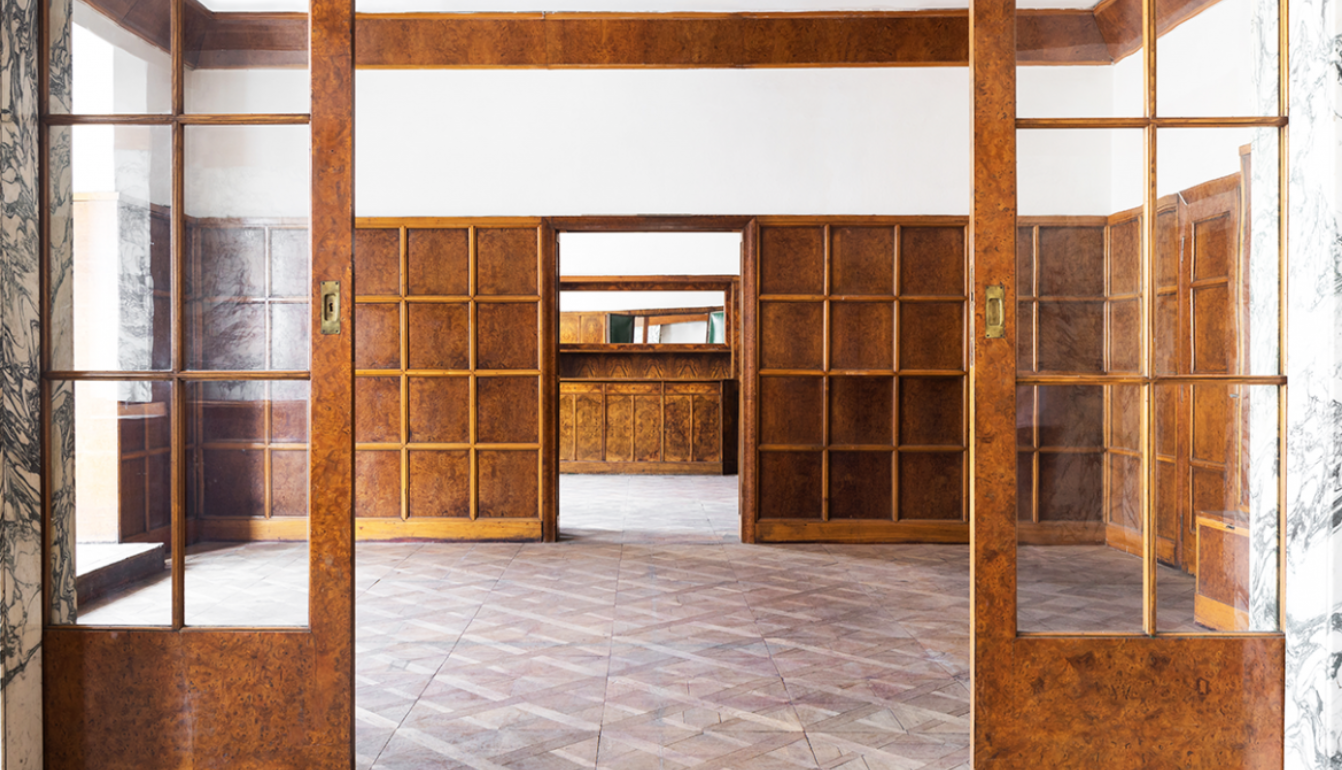 Adolf Loos – The man who put function above style, and became the most stylish of them all.

A series of events celebrating the 150th anniversary of Adolf Loos’ birth: streamed guided tours, debates, and a competition for children, all revealing the fabulous design and the innovative mind of Adolf Loos, a visionary in the field of modern living whose ideas deeply influenced the way we live today.

The project begins on 18 June 2020 at 5 pm with a live stream tour of the Winternitz Villa guided by Czech architect Adam Gebrian and broadcast within the Surprising Buildings show on Mall.tv, also part of the online version of the prestigious London Festival of Architecture.

On 23 July there will be a live stream tour of Adolf Loos’ interior of the Bauer Chateau in Brno with Czech architect Lenka Štěpánková, followed on 20 August by the premiere of Adolf Loos’ Interior Designs in Pilsen, an episode of Adam Gebrian’s Surprising Buildings TV show with English subtitles.

The Loos in Pilsen exhibition project organised in collaboration with the Gallery of West Bohemia in Pilsen and the city of Pilsen will focus in October on the Loos’ unparallel interior design for private apartments in Pilsen. A series of thematic lectures for a more professionally oriented audience will complement the whole project.

ABOUT ADOLF LOOS (1870 – 1933)
Adolf Loos was one of the most influential European architects of the late 19th century and is noted for his literary discourse that foreshadowed the foundations of the entire modernist movement. Loos studied architecture in Liberec and Dresden and was influenced by his three-year stay in the United States (1893-96) where he was impressed by the innovative efficiency of American industrial buildings. He then lived in Vienna where he wrote many controversial essays, notably ‘Ornament and Crime’ in which he expounded a lack of ornament in architecture as a sign of spiritual strength. He developed the Raumplan, a method of arranging interior spaces, exemplified in Villa Muller and Villa Winternitz in Prague. As well as his private houses he is best known for his projects in Vienna such as the Goldmann & Salatsch building on Michaelerplatz, the Café Museum and the Karntner (American) Bar.